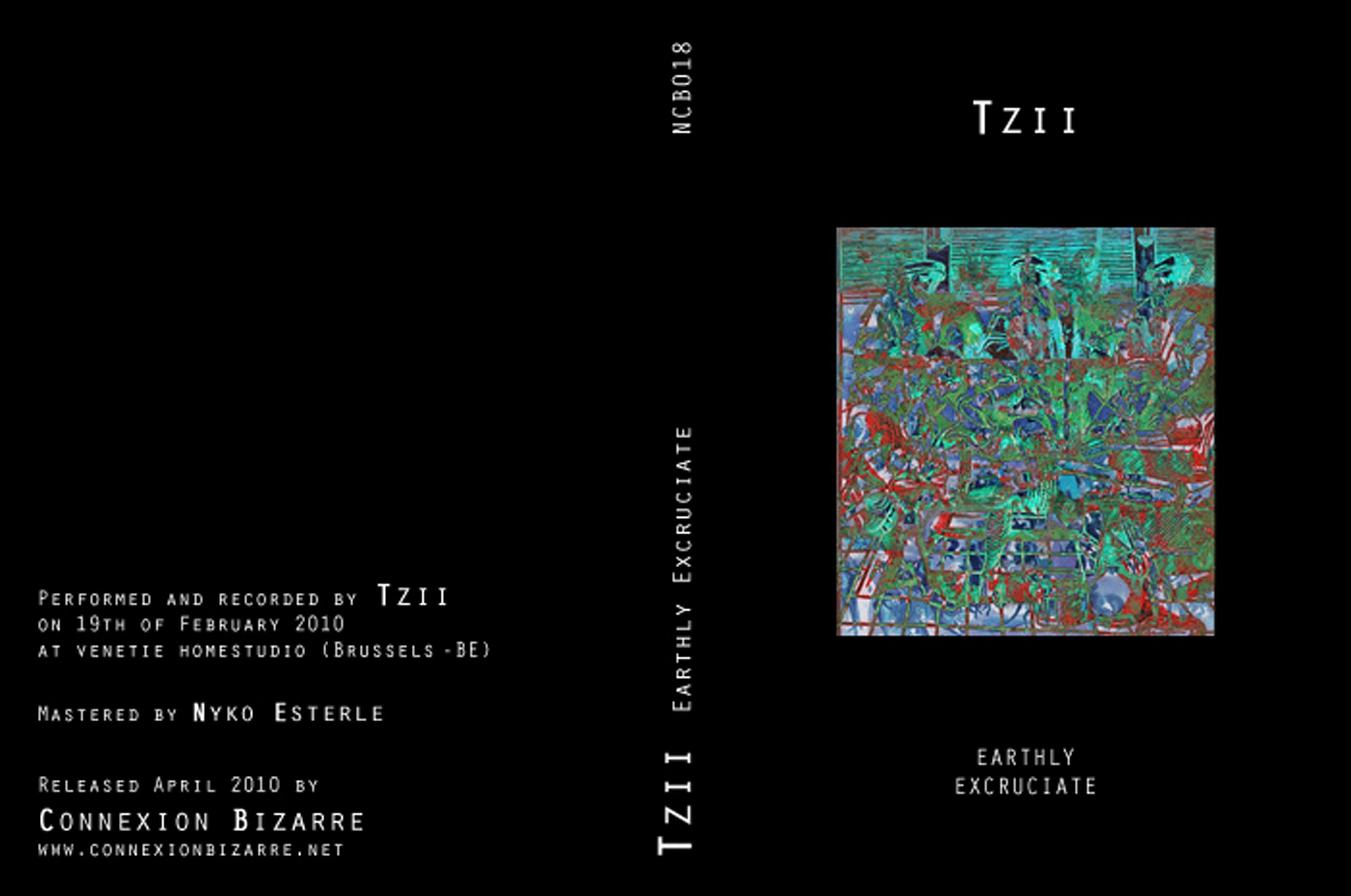 About the artist
Since thirteen years Tzii, music composer and filmmaker, spreads his magickal corrosive frequencies all over the world through touring from EASTERN and WESTERN EUROPE to AUSTRALIA, passing by USA, CANADA, JAPAN and AFRICA, where he played hundreds of shows... Spreading cinematic dark ambient and raw power electronic anger, His aim is to enclose you into an abusive spiral leading you to an impossible redemption. He created his own label NIGHT ON EARTH in 2001, releasing vinyls and tapes.
He’s part of the projects SOLAR SKELETONS, LIFESTEAK, CINEMASSAKER , TRANSIT, HATHOR KYRIARHIA , PAROXYSM OF ANXIETY, PARADE GROUND and member of the labels/collectives V-ATAK and RADON.
As a filmmaker he makes live videos for bands like Parade Ground or Solar Skeletons, directed videoclips for Mourmansk150, HIV+, Solar Skeletons, Fujako, himself and some short movies for v-atak and others...
Sharing hidden ghostly souls is very important to him so he collaborated on stage or in studio with these musicians: Steve MacKay (The Stooges), Mike Watt (Minutemen, The Stooges), Marshall Allen (Sun-Ra Arkestra), Ripit, Gamaboy, Sikhara, Rko, Hop-Frog, Jason Lafarge, Temple Of Bonmatin, Sam Lohman, Alveols, Nevroz, HHY, D’incise, Klstr, Vinnie Paternostro, Najah, Koonda Holaa, Cham, Stalker, Otto von Schirasch, DJ Urine, The Masters Musicians of Hop-Frog, Error, Felakkkzion, Cochlea, Grabuk, Pilami, Synoxys, 1997EV, Luna Dopa, Company Fuck, Rinus Van alebeek, Duflan Duflan, Parade Ground, Mentol Nomad, Madame Patate and many more !

About this release
Human beings always felt the need for domination on their fellow comrades. Unfortunately torture is too often a way to achieve it, treating like pigs the victims. This recording is against all form of excruciate on any living creature.Performed and recorded on one take in Brussels in february 2010.

Uploaded by Connexion Bizarre on April 18, 2010